So here's what I sampled in ascending order of greatness:
You may be saying to yourself, "Six pints in one evening! Only a zombie could do that!!" To which I say they let us order pints or half pints. I ordered half pints so that I could sample more beers. When the barman poured the Ilkley Summer, something went wrong with the hand-pull and the glass was about half foam. So he said I could have it for free since it didn't pour properly. What great people these Englishmen are!

They also served food. We had the Samosas which were spicy and satisfying. A local band played music inside (we sat out on the side lawn) that sounded nice. It was a fine night with friends.

In addition to the Lions Club, Ilkley Brewery and Roosters Brewery sponsored the event. 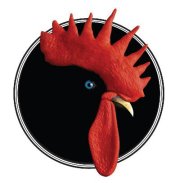