Ghost in the Shell (2017) directed by Rupert Sanders


Major (Scarlett Johansson) is on the cutting edge of a futuristic technological revolution. Lots of people have cybernetic enhancements. Major is a next step--a human brain implanted in an artificial body by the Hanka Robotic Corporation (thus the human "ghost" in the robotic "shell"). She works for Section 9, an anti-terrorist law enforcement unit focused on cybercrime, with other, less enhanced, individuals. They break up what seems to be an assassination attempt on an African leader but quickly it becomes clear someone is targeting high-level Hanka scientists. Major works the case, only to discover that memories of her life before implantation may not be accurate and the glitches she experiences may be her true memories trying to resurface. Where should her loyalties lie?

Much like Blade Runner, the film depicts a future overrun by both technology and squalor. Most people enjoy the benefits of cybernetic enhancement but life isn't completely changed or improved. The new project, where just the brain is preserved, is presented as a next step in human evolution. But the step is hardly definitive given the technical difficulty and the opportunity to manipulate those who undergo the process. Criminals still exist and it's not just Major who has altered memories. Areas of the city are rundown and stray dogs still wander the streets. The film both admires and fears the future it promises.

The film also deals with the philosophical problem of identity. With the possibility of false memories, Major's identity comes into question and she has to decide (if she can) what to do about it. The identities of other characters are called into question, not just from false memories but also from false information given about them. Several times, characters say that what you do is important, not your memories. Such an attitude is a bit of an oversimplification, since decisions rely on character and past experience. Past experience can be unreliable, but so can character. Choices certainly can shift character in new directions through creating new attitudes and new memories. Major seems to have these shifts during the film though the filmmakers have not teased out the detail. The movie loses focus on the dynamics of human moral life and instead seems to advocate humanity achieving a new evolutionary level.

I found the film more intellectually engaging than emotionally satisfying. Major is an interesting character but her shift from more robotic to more human didn't draw me in. The performances are good but not outstanding. The belief that this is the next step in human development (which the filmmakers seem to endorse) is almost wholly unconvincing. Visually, it's amazing but the false optimism of a new life for humanity drags it down into the squalor the movie so aptly depicts.

Only recommended for science fiction or philosophy of identity fans.


After a harrowing battle in Book Two, forces are scattered. Elf Prince Trellis is on the run from his oppressive father. The Elf King hires Gabilan the Assassin to go after both Trellis and Emily, the heroine of the story. Emily is reunited with her family but they decided to abandoned their house (the one that can walk around on its own) because it is too conspicuous. Her group winds up hiring an airship to go to the semi-fabled city of Cielis. Cielis was the home of the Guardian Council, a group of Stonekeepers who ruled the planet in peace and prosperity for many years. The Elf King rose up against them and pillaged the city, which has disappeared. Some think it wasn't completely destroyed and that a remnant is ready to fight back against the elves. The trick to confirm the story is that the city flies in the air--hence the need for an airship. With elves and assassins in pursuit, can they find the city and keep it secret so they can plan a counter attack?

The story is great though the author is clear a fan of Star Wars. Emily hires a gruff pilot in a seedy bar where fights break out. The pilot's ship is a bit of a shambles. They are going to a cloud city. A bounty hunter is in pursuit. Even borrowing all these elements, there's plenty of imagination and great characters to make this an exciting read. 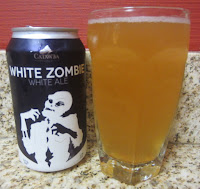 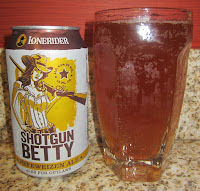 A fun little amusement park is nestled just outside of downtown Raleigh, North Carolina. Pullen Park features a myriad of playgrounds, a train, a carousel, and a lake with paddle boats. We visited early one weekday morning, perhaps too early.

We arrived at 8:30 a.m. to a mostly empty parking lot. The park was open but the rides didn't start until 10 a.m. Happily, the playgrounds were open though still damp from summer overnight condensation. We've run into this problem before and have a rag in the car suitable for drying off slides and swing seats. The rag saw a lot of action that day.

Other play equipment was more accessible to everyone, including climbers and slides.

My kids tried out a see-saw, but unfortunately their weight differences were enough to make it a little challenging. They persevered.


While the big kids climb over most everything, the toddler found what he likes best and spent nearly 40 minutes there.


From our vantage point by the toddler swing set, we saw some more accomplishments by the older children.


We also saw the kiddie boats which were not that appealing to me or the kids--another case of just the wrong sizes.


About 9:30 we decided to check the ticket office and the snack bar to see if they were open early. We wandered a little haphazardly and discovered the carousel building. The carousel was warming up but the doors weren't open yet.


Nearby is a statue of Andy and Opie from The Andy Griffith Show. It was donated in 2003 by "the people of TV Land." My older son has watched the whole series so he was excited to pose with them.

We discovered the snack bar didn't open until 10:30 but the ticket office was about to open. By this time the park was filling up with people young and old. We waited in line for the longest ten minutes of the morning to buy tickets, then went over to the train for a ride. We didn't know how long the train ride would go but I was sure it would be longer than the carousel. After that excruciating ten minutes, I didn't want to take any chances.

The train ride was a pleasant six or seven minutes around the park. We saw the stream and the lake along with many of the attractions.


After we got off the train, we investigated a caboose-like structure near the playground. Inside was not very impressive so we took no pictures.


We went over to ride the carousel. The building had an old-fashioned organ on display.


The carousel itself is a Dentzel Carousel, like the one we rode in Philadelphia. It was built in 1912 and is an impressive and fun ride.


My toddler wanted to ride on the outermost ring, which did not go up and down. We actually sat pretty far from my daughter and older son, which was fine with them.

The art and imagination put into the figures still impresses me a lot.

After the carousel ride we finally had a snack and headed out for other adventures.