N has developed an interest in simple machines. He hasn't discovered the classic machines, e.g. the inclined plane, the wheel, the lever and fulcrum, etc. He is more interested in the basics of modern machinery which means two simple tools.

The first tool is the button. He likes to push them on toys that will light up and react. He has a cube that plays Mozart tunes. Each face has a different instrument, so N can turn them on and off in the middle of the tune. He enjoys that a lot, though not as much as the buttons on the dish washer. They also light up and make noises. I think he's so obsessed with it because he sees me using it so much.


Pushing buttons is definitely a skill that will come in handy in the future. Just look at Jean-Luc Picard's Enterprise. All the control panels are touch screens. And don't get me started on how much N tries to play with our iPad...


The second tool is the switch. It certainly seems like a magical device. Wall switches create or extinguish light! They also have a nice tactile response when used. He often makes me stand in the bathroom while he practices switching the light up and down (down is much easier).


Flipping switches is also a skill that will come in handy in the future. Just look at Kirk's Enterprise. Most every control panel has switches. Uhura and Spock spent a lot of their time flipping them and reporting valuable and/or dramatic information (or lack of information). Either job would be an excellent future for young N. He just needs to live to the ripe old age of two hundred.


We dread the next simple machine he will probably want to master--the door knob. Of course, that skill won't be necessary in the future because both Enterprises have automatic doors.

For now, N is content to look cute and work on his current skills.


In case you need proof about looking cute is important in the future, check this John C. Wright Memorial image.

Pride of Baghdad written by Brian K. Vaughan and art by Niko Henrichon


In 2003, during the Second Iraq War an American bombing raid hit the Baghdad zoo. Several animals escaped including four lions. This graphic novel is an imaginative telling of the tale from the lions' point of view. One lion grumbles about their conditions at the zoo while another reminisces about life outside while a third is happy with their captivity (which means safety) when the bombs hit. They flee to the streets where they have to make difficult decisions with their new-found freedom. Life is a lot harder when you have to find your own food and your own way in the world.

The book is surprisingly graphic in telling the life of the lions. It's not just the gore of them eating or the bombs blowing apart animals, but also terrible betrayals and an implied gang-rape. The abruptness of events is bracing, leaving the reader with a sense of urgency and sympathizing with the lions, even when they are not the most admirable characters. This book is no Disney version of events and is not for kids. But it does give adults a lot of interesting meat to chew on.

L had a half-day camp in August called "Victorian Dreams Living History Camp." It was held in Ellicott City Colored School Restored, built in 1880 as the first public school for black children in Howard County. It was restored in 2003 and has some historical exhibits (we may visit it again on a weekend tour).


L loved the camp though she wasn't forthcoming about what she did at camp. I had to piece together events from what little she told me, the items she brought home, and the presentation on the last day of camp.

The one highlight she mentioned every day was having tea. They served a variety of herbal teas in proper china (I saw it on the last day but didn't get to take a picture). L's favorites were red vanilla and chamomile. She was especially happy that she got to put a packet of sugar in her cup! Rest assured, herbal teas have been added to the home shopping list.

They also learned about fans. In addition to making fans, they received a nice wooden fan and a sheet describing the various things a women could communicate with her fan. For example, if a woman held a fan in her left hand, she desires acquaintance; if in her right hand across her face, she's saying, "Follow me." Twirling her fan is a bad sign: if in the left hand, she wants to get rid of her conversant; if in the right hand, she loves another.

They learned about Victorian Parlour Games (another hand out that came home), including Charades and Pass the Slipper. A favorite thing to learn was the Virginia Reel, which the students demonstrated on the last day for their parents.

They wore pinafores and learned about various typical dresses form the Victorian era--the House Dress for everyday living, the Walking/Visiting/Afternoon Dress for casual social interactions, and the Dinner Dress for evenings and more formal occasions.


On the last day, they also received a certificate of completion which made L very proud.

If they offer this program next year, I am sure L will want to go. 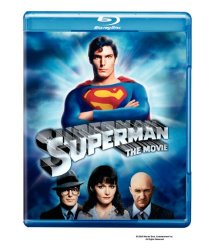 
The first blockbuster superhero movie came out in 1978, almost 40 years ago! It is the origin tale of Superman as told by director Richard Donner from a screen play that includes Mario Puzo (of Godfather fame) among its writers.

The story is interesting in how it delves more into Krypton's last days. Jor-El (Marlon Brando) argues with other Kryptonian elders that the planet has less than a month to live. They don't want to hear it so they silence him. He and his wife send their only son, Kal-El, to Earth. Krypton is destroyed almost immediately after the departure. The boy travels through space, learning a bit of science and history on the way. He crashes on Earth as a toddler and is adopted by Ma and Pa Kent, who raise him to be a good man. Clark Kent grows up hiding his amazing powers. He eventually leaves, heading to the Arctic where he uses a crystal left by his father to build the Fortress of Solitude. He learns more about his powers and history and purpose from recordings made by his Kryptonian father. That's basically the first hour (i.e. first half) of the movie. The pace is pretty slow but the story telling is well-done. J and L watched and never said they were bored (except during the opening credits, which do go on for a while).

The pace picks up when Clark moves to Metropolis. He takes a job as a reporter with the Daily Planet and begins his life as a super-heroic do-gooder by foiling crimes and saving cats from trees. Meanwhile, Lex Luthor (Gene Hackman) is planning the crime of the century. Lex can't resist taunting Superman into a rivalry with some predictable if not unenjoyable results.

As I said, the movie's pace is very slow by modern standards but the special effects hold up (mostly) even 40 years later. Christopher Reeve is great as bumbling Clark Kent. As Superman, Reeve is a little flat mostly because Superman's character is a little flat as the heroic do-gooder. The other actors are all good though the script is hammy in some parts. The kids enjoyed it and are interested in seeing the next movie, which will definitely do. Thank goodness for some PG-rated superhero films that I can show them!

We'd heard about the ice cream social week from our local Christian radio station, WGTS. Their Friday social was at the Laurel Boys and Girls Center. J was in chess camp, so L and N came with me for a free treat.


We went to the main booth and got the main attraction--an ice cream sandwich!

But that wasn't the end of the giveaways! We spun a wheel to get a random prize. Well, the wheel was actually on an iPad, but that didn't bother us. L spun the wheel and won a book.

The book is one by Billy Graham, which isn't much of a treat for a six-year old. The guy quickly said L could pick from any of the other prizes on the table. She chose bubble mix.


My turn to spin the wheel was next. I'd like to say I spun "bubble mix," but I really spun "candy." That meant I received a box of Cracker Jacks. L didn't know what they were, so I had the joy of introducing her. The most fascinating part was the toy surprise inside. L was very curious to see what was hidden in the box. We found a baseball sticker, which was a bit of a let down. The caramel-coated popcorn was a big hit, though.

A jump rope challenge was also offered but L was not interested.


We went back to the house and L used her bubble mix right away. At first, N was scared of the bubbles. Soon enough he tried to touch them and was smiling as they popped.


We had a grand time and wished J could have joined us. He wouldn't have liked the ice cream but I'm sure he'd have loved the Cracker Jacks.

There's no way to take a picture of every possible cosplayer at Gen Con because there are far too many. They were so numerous that four sat behind me at 8 a.m. Mass on Sunday! I didn't get their picture, not because I am shy about taking pictures in church but because I thought it would be inappropriate at Mass and I didn't catch them after Mass. Rest assured, they were modestly dressed and would have been totally unnoticeable if Mass had happened to be in 1415 instead of 2015.

Superheroes were the dominant group of cosplayers. By my count, Marvel outnumbered DC which is to be expected considering the movie and television coverage of the respective companies. Not that everyone was dressed like the character from the big and/or little screens.

DC did have a very good showing. Harley Quinn was the most popular costume by far of any character, though I only got one of her incarnations.


Doctor Who fans were representing in many ways.


Star Wars had their fare share of cure robots and people dressed up. Seeing these, I realize I have fallen behind by not watching Clone Wars cartoons. Maybe I'll catch up in December...


TV, video games, and other games had plenty of creative fans.

And of course there was an assortment of steampunk (who may have been recognizable characters) and other cosplay types who defy easy categorization.