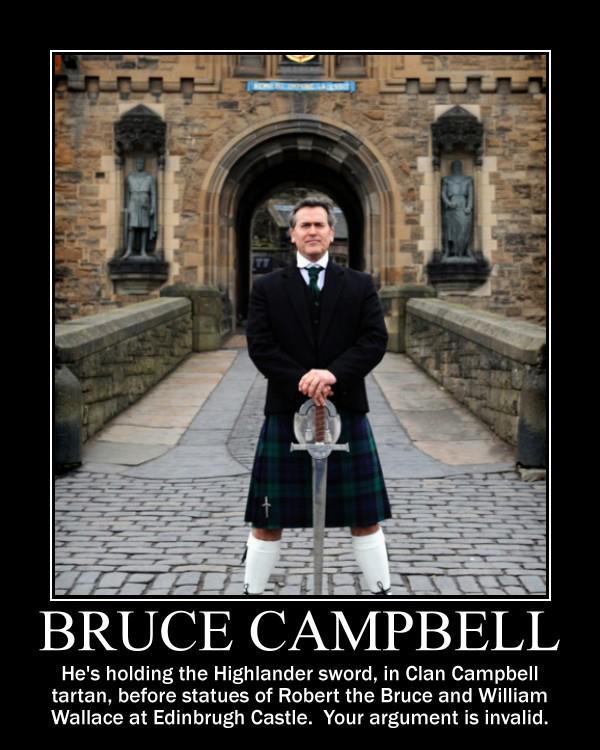 I guess that's the Scotch Refutation, which sounds like an awesome name for a Robert Ludlum book.

If Bruce isn't enough for you, how about some Chuck Norris? 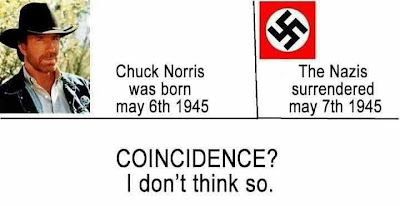 According to the wikipedia page on Mr. Norris, he was actually born on March 10, 1940. They have a footnote citing Chuck Norris's biography, if that can be believed. On the other hand, wikipedia has this to say about the German surrender in 1945:


At 02:41 on the morning of 7 May, at the SHAEF headquarters in Reims, France, the Chief-of-Staff of the German Armed Forces High Command, General Alfred Jodl, signed the unconditional surrender documents for all German forces to the Allies.

Snopes.com has no refutation of either picture. I did run across this funny false story about how Pia Zadora was so bad in a stage production of The Diary of Anne Frank that when the Nazis appear an audience member got up and shouted, "She's in the attic!"