Coming to a Mailbox Near You--Ora et Labora et Zombies 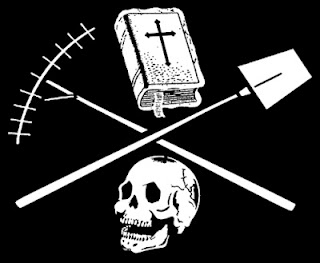 How's this for an interesting set up?

While his wife, Ava, is out of town, Dr. Thomas Schutten is off for a week to take care of their eighteen month old son, James, and to enjoy the last few days of carnival, and then... something misunderstood and mysterious...  and his world changes, almost overnight, into a dangerous place. Information services stop, society begins to pull itself apart, and Dr. Tom does the only thing he knows to do; he follows his own emergency plan and flees with James to the nearby Benedictine monastery, where he and his wife serve as oblates. They have agreed upon the Abbey as their meeting place in emergency circumstances. Now, without word, without news, with only hope... he waits.
Ora et Labora et Zombies is an epistolary novel, told through letters. In this case they are Tom's letters, written to Ava while he waits for her to join him and their son at the Abbey. All that stands between them is time and uncertainty... and zombies?

If that isn't enough to grab you, the novel is being distributed in letters. I mean, the author is sending out one letter a week for seventy-two weeks to subscribers. If successful, I'm sure it will be turned into a book. If not, it will be a one of a kind keepsake.

Having been to many abbeys, both in ruins and in full bloom of health, I find this too hard to resist! Also, it started on the Solemnity of the Assumption in 2012 and ends on Christmas Day 2013. Can't get much more Catholic than that!

Read more about it on the web site.

h/t to Julie at Happy Catholic
Posted by Joseph R. at 2:00 AM